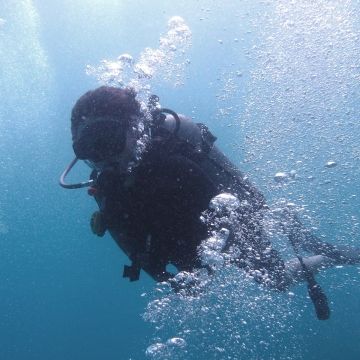 Abstract: In the paper, we propose a rigid motion segmentation algorithm with the grid-based optical flow. The algorithm selects several adjacent points among grid-based optical flows to estimate motion hypothesis based on a so-called entropy and generates motion hypotheses between two images, thus separates objects which move independently of each other. The grid-based entropy is accumulated as a new motion hypothesis generated and the high value of entropy means that the motion has been estimated inaccurately in the corresponding grid. The motion hypothesis is estimated by three-dimensional rigid transformation and classified by the open-source implementation of density-based spatial clustering of applications with noise (DBSCAN). For the evaluation of the proposed algorithm, we use a self-made dataset captured by ASUS Xtion Pro live RGB-D camera. Our algorithm implemented in the unoptimized MATLAB code spends 170 ms of average computational time per frame, showing the potential for the application to the robust real-time visual odometry.